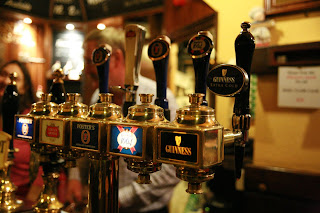 Lambeth Council is responsible for licensing all premises within the borough that sell or supply alcohol, provide regulated entertainment, or sell hot food or drinks between 11pm-5am (late night refreshment). The licences that these premises must hold are known as Premises Licence (or, for members clubs only, Club Premises Certificates).

Local residents and businesses (also known as 'interested parties') have been given powers under the licensing legislation, allowing them to make representations and request reviews of Premises Licences and Club Premises Certificates. The Council will also investigate complaints relating to licensed and unlicensed premises.

For the purposes of this legislation, the following qualify as interested parties:
-an individual living in the vicinity of the premises
-an individual involved in a business in the vicinity of the premises
-a body representing persons in either of the above categories
-a ward councillor > this means Lorna Campbell, Mark Harrison or Steve Morgan can represent you at the committee if you would like

When premises first apply for a licence (or if they subsequently apply to vary their licence, or if the licence is reviewed), local residents and businesses may comment by making representations, supporting or opposing the application.

Applicants for Premises Licences and Club Premises Certificates are legally required to advertise their application in two ways: They will display a statutory notice at or near the premises, which is visible from the outside. This notice will be printed on blue A4 paper, and will give details about the applicant, the activities applied for and the deadline for representations. The notice must remain in place for a period of 28 days. They will also advertise in the public notices section of a local newspaper, giving the same details as outlined above. This advert must appear within 10 working days of the application being made.

Details of current applications will also be displayed on the Lambeth website, and significant applications in Prince's ward will be highlighted on this website.

Interested parties may make representations in respect of an application, in writing, by the date listed on the statutory notice (which will usually be 28 days after the application was made). Late representations, or representations which are vexatious, frivolous or irrelevant, will be disregarded. Representations can be submitted in the following ways:
By email - licensing@lambeth.gov.uk
By letter - Licensing, 5th floor, Blue Star House, 234-244 Stockwell Road, London, SW9 9SP

If there are no objections then the licence will be granted automatically.

Your ward councillors can advise you about making an objection and can make representation on your behalf.

Lambeth Council will investigate allegations of unauthorised licensable activities within premises in the Lambeth area. This may include premises that are not authorised to provide any licensable activities, or premises that are operating in breach of their licences or certificates.
Complaints may be made:
By email - licensing@lambeth.gov.uk
By letter - Licensing, 2 Herne Hill Road, London, SE24 0AU
In person - between 9am-5pm, Monday to Friday, at the above address
By telephone - 020 7926 6108
By fax - 020 7926 6130

There are some matters which the Council are not able to investigate:
Issues relating to crime and anti-social behaviour should be reported to the Metropolitan Police, or to your local Safer Neighbourhoods Team.
Issues relating to planning consents should be reported to the Planning Service. Licensing and Planning operate as separate regulatory regimes, and businesses carrying on licensable activities will require both a licence and appropriate planning consent before they are legally entitled to operate.
While the Licensing Act 2003 does include public safety and public nuisance within its remit, it is not the primary legislation in respect of these issues. In the first instance, issues should be reported to either the London Fire Brigade, or our Health & Safety, Food Safety or Noise/Pollution sections, as appropriate.
Any issues relating to fire safety are now controlled under the Regulatory Reform (Fire Safety) Order 2005, for which the London Fire Brigade are the enforcing body.

Reviews
While the regulatory bodies will use their powers to ensure that licensed premises operate in accordance with the provisions of the law and with any conditions attached to their licence(s), there may be occasions when concerns exist over the operation of a premises which cannot be resolved either through mediation or enforcement. In those situations, a responsible authority or an interested party may request that a licence is reviewed.
The grounds upon which a review is requested should relate to one or more of the licensing objectives, set out above. Anybody requesting a review will be expected to produce evidence to demonstrate the extent of the problem that forms the grounds for review. It is also worth noting that the review process is intended to be used as a last resort, and that attempts to resolve the problem should have been made through other avenues (e.g. informal approaches and intervention by other Council services such as the Council's Noise Control Service) before a request for a review is submitted.
Reviews can be requested by completing a prescribed review application form, giving details of the person(s) requesting the review, and the grounds upon which the review is requested. It will also be necessary to give notice of the review to the licence-holder, and to the responsible authorities, by sending them a copy of the completed application form.
If a request for a review is accepted, the licensing authority will advertise the review in the area around the premises to enable other interested parties to make representations. A period of 28 consecutive days will be allowed for this, with representations made in the same way as outlined above.
Applications for review will be determined at a hearing of the Licensing Sub-Committee. The person who requested the review, the licence-holder, and anyone else who has made a valid representation will be invited to attend the hearing and present their case. The Sub-Committee will then decide whether or not to amend the licence, or, as the case may be, suspend or revoke it. All parties will have a right of appeal against any decision made.
at 19:53

Email ThisBlogThis!Share to TwitterShare to FacebookShare to Pinterest
Labels: Licensing