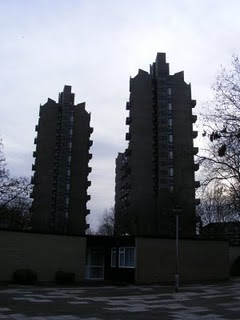 A useful meeting was held on Thursday evening between residents of the Cotton Gardens Estate (pictured) and residents of Vanbrugh Court.

Developers have given money to Lambeth Living to build a children's playground in the area surrounding the Cotton Gardens towers. The initial proposal was to renovate the ball court and build a new children's playgound on the grassy mound closest to Vanbrugh Court.

Some residents of Vanbrugh Court complained that this was too close to their homes.

During the onsite meeting we looked at some other possible locations, and everybody agreed that a site for the playground further into the grassy area, away from Vanbrugh Court, would be preferable. Everybody agreed that renovating the ball court and locking both facilities overnight would be a major improvement.

Lambeth Living officers will now consult with their architect about the feasibility of building the playground on this new site.
at 15:30 3 comments: 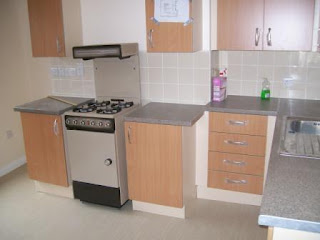 There is now a petition posted on Lambeth Council's website calling for the coalition government to honour the promise of the last Labour government and invest £233 million in our Lambeth Living managed homes and £25 million in our United Residents managed homes. This money is vital for residents to get new roofs, windows, doors, kitchens and bathrooms – all the basics that ensure our homes are decent, safe and warm.
You can add your name to the petition here: www.lambeth.gov.uk/DecentHomesPetition

Pictured: dilapidated kitchens in Lambeth Living homes would be replaced with new kitchens like these if the government honours its Decent Homes funding promise.

What's on offer for young people this summer holiday? 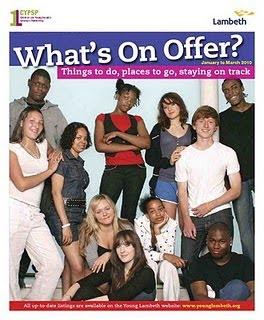 The answer is - a bigger range of activities to choose from than ever before!

Lambeth Council is running two programmes - the Holiday Activities Programme, providing fun and exciting things to do - and the Summer University, providing the chance to take accredited qualifications and courses in enjoyable activities.

July's issue of Lambeth Life contained a pull-out with all the details, and you can download the details online . 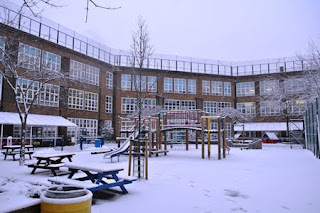 Parents were concerned that two local schools, Henry Fawcett (pictured) and Vauxhall, had recently been through special measures, and that Archbishop Sumner's is oversubscribed.

An important point made at the meeting is that the Council intervened decisively at both Henry Fawcett and Vauxhall, and both schools are now out of special measures and are showing excellent improvements. The Associate Headteacher of Henry Fawcett invited parents to visit the school to see the improvements for themeselves and speak to her and the staff.

There was a strong feeling that Archbishop Sumner's should be expanded. Pete Robbins promised that this would be considered, and expansion onto the site of the Olive School on Oakden Street has not been ruled out. However, the extreme pressure on primary places in the south of the borough means that money for expansion of primary schools has to be focused there over the coming year.

Finally there was a discussion about admissions policy. Lambeth can only follow guidelines on admissions that are set nationally. Parents express a preference, and can't always be guaranteed a school of their choice. An important change this year is that primary admissions will be changed to a London-wide system, so parents can apply for primary schools in other boroughs and are not restricted to one borough.
at 14:19 No comments: 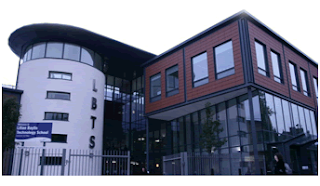 Labour councillors Lorna Campbell, Mark Harrison and Steve Morgan have slammed the recent admission by Tory Education secretary Michael Gove that he is cutting more than £200 million in Lambeth schools funding, just days before contracts were due to be agreed and building work was to begin.

Local schools including Archbishop Tenison's and Lilian Baylis had been promised rebuilt or refurbished school buildings under the Building Schools for the Future project, but the Tory/Lib Dem coalition government has now dashed their hopes. Michael Gove has now cancelled Lambeth’s entire programme, affecting thousands of pupils at eleven secondary schools. The cancelled investment in schools was desperately needed, both to renew or rebuild tired buildings, and also to provide much needed extra places in the borough, including a new school for Brixton. The creation of hundreds of local construction jobs will also be dashed.

Labour councillor Mark Harrison said: “Teachers and pupils at Archbishop Tenison's school had been promised millions in funding to bring their school up to modern standards. Now the Tory/Lib Dem government have destroyed their dream of modern buildings by cancelling Building Schools for the Future in Lambeth outright, affecting the life chances of hundreds of local children Kennington and Vauxhall. Lilian Baylis school was about to start work on an expansion to their site but this has now been put on hold.

“Lambeth is still desperately short of places for secondary school age children, despite Labour building three new schools from scratch in the last few years. Labour’s plans for school rebuilding would have created the extra places our borough need – but the Tories and Lib Dems will leave our children having to travel miles out of the borough to get to school.

“What’s more, Lambeth has already spent more than £6 million on preparing planning permissions and producing designs for the eleven new schools – local taxpayers will be outraged that the coalition government’s decision will see that money go to waste.”

Lambeth Labour are now leading a ‘Save Our Schools’ campaign, to shame the Tory/Lib Dem government into reversing their short-sighted decision. They are urging local parents and children to write to Education secretary Michael Gove telling him how their decision will affect their education, and urging him to restore the funding Lambeth needs. He can be contacted at:

Or email: ministers@education.gsi.gov.uk
Pictured: Lilian Baylis School's expansion is now on hold, whilst other schools' plans have been cancelled altogether

No disabled spaces are proposed to be removed.

If you have any objections or representations about these spaces or disabled parking spaces in general please email your councillors
at 13:45 No comments: