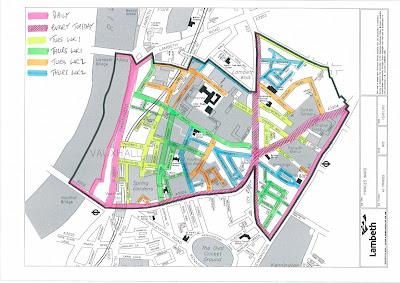 Many residents ask how frequently their street is supposed to be cleaned by the Council. We thought the map above might be of interest.

All roads are litter-picked on Monday, Wednesday and Friday apart from the ones that are swept every day. None of the roads are swept on weekends. Please note that these schedules do not apply during the leafing season where we attempted to sweep roads more frequently and litter-picked less frequently.
at 18:05 No comments:

Email ThisBlogThis!Share to TwitterShare to FacebookShare to Pinterest
Labels: Environment, Roads and pavements

Lambeth Council is launching a major crackdown against illegal sub-letting across the borough.

Fraud investigators will knock on the doors of hundreds of properties over the coming months to uncover tenants who illegally sub-let, and will take legal proceedings to boot them out.

The action, in partnership with Lambeth Living, will free up desperately needed homes for people who genuinely need them.

Illegal subletting is where the registered tenant does not live at the property but rents it out for profit on the private market, and deprives people on the council’s housing waiting list, and in genuine need, of a permanent home.

Around 60 properties were recovered last year from illegal sub-letters in Lambeth, but the practice is believed to be more widespread, so the council and Lambeth Living aim to double that amount this year by carrying out more visits and investigations, and better intelligence sharing.
The initiative follows a successful pilot undertaken during September and October on the Springfield and Briant estates, in the north of the borough where around four per cent of the properties were found to be illegally sub-let.

Checks at the two estates have to date uncovered fifteen suspected fraudulent tenancies. In three of these cases the properties have been handed back to the council - voluntarily. Five of the outstanding cases have already been put in the hands of the council’s lawyers to take legal action, and investigations continue on the remaining seven cases.

The penalty for anyone subletting their home is severe and final. Tenants who sublet their property will lose their tenancy and the illegal tenants will be evicted.

Councillor Lib Peck, Lambeth Council cabinet member for housing and member of the Lambeth Living board said: 'This is not a victimless crime - housing tenancy fraud costs Lambeth dearly. It deprives people on the housing waiting list and who are in genuine need of housing, of a permanent and safe roof over their head. It means that people are leap-frogging the waiting list and tying up badly needed homes, and we will put a stop to that'.

Deputy cabinet member for housing, Cllr. Christopher Wellbelove commented: 'I know from my casework on local estates that illegal subletting is a problem that genuine tenants want tackled, as well as families who are weary of being on the waiting list for a permanent home. Council housing is a precious resource – and these homes should be available for people who really need them'.

If anyone knows of a property they suspect is being illegally sub-let, they should call the Fraud Hotline on 0207 926 1111. All calls will be handled in the strictest confidence
at 22:46 No comments: 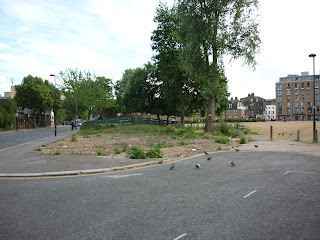 The people behind the Cabinet Gallery proposal have just submitted their planning application for the Lord Clyde site on Tyers Street/Vauxhall Pleasure Gardens. They plan to create a pavilion-type building housing a modern art gallery, and have gone to great efforts to consult with local groups like the Friends of Vauxhall Pleasure Gardens. Do take a look at their letter and application and comment if you would like to.

Dear Friend,
We would like to take this opportunity to update you on exciting progress with our proposal for a new gallery at Spring Gardens. It is our wish to come home to Lambeth and re-establish the Cabinet Gallery in the borough at Tyers Street, Vauxhall. Over the past 18 months we have undertaken a comprehensive amount of work, aimed at producing a building to accommodate Cabinet’s activities and sit comfortably with the local environment. The building will be located on the northeast corner of Spring Gardens, Tyers Street, opposite Vauxhall City Farm. The gallery will be arranged over the ground and first floors with three private residential apartments above. There will also be accommodation for artists.
Having consulted widely, and secured the support of local representatives and local community members, as well as the Friends of Spring Gardens, we recently submitted our formal planning application to Lambeth Council. For the application to be successful it will require a clear demonstration of support from local people and we would be extremely grateful if you would write a short email about this by clicking - http://planning.lambeth.gov.uk/publicaccess/tdc/DcApplication/application_detailview.aspx?caseno=LSNETOBO0AY00 For information, the council’s consultation on our application is targeted to end on 26th December.
We are delighted to have the opportunity of establishing our gallery in Vauxhall and want to move ahead as soon as possible. All being well, we hope to have been granted planning permission by early in 2012, commence a ten-month construction next Spring and open the new gallery in Autumn 2013.
We would greatly appreciate you giving your support and would of course be happy to answer any questions you might have.
Yours sincerely,

Nominate a road or pavement for renewal 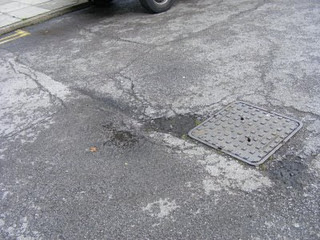 It is that time of year when the council is putting together the list of roads and pavements that will be renewed/repaired in the coming financial year. With this in mind local Labour councillors are asking whether you think any road/pavement in the borough should be included.

Please send Cllr Steve Morgan your suggestions by 8 December and he will ensure that they are looked at.

Transport for London is responsible for the big roads in the area such as Kennington Road, Kennington Lane, Kennington Park Road and Albert Embankment. If you wish to nominate one of these roads then feel free, but it will be up to TfL to repir them and not Lambeth Council.
at 18:50 1 comment: