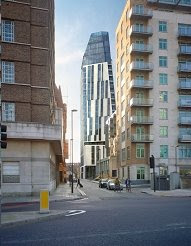 Councillors have expressed disappointment at the decision of the Planning Inspectorate to approve a 23 storey residential tower at 81 Black Prince Road.

The developers took the decision to appeal after councillors rejected the proposal at a planning meeting in February.

Councillors rejected the proposal because of:

The inspector argued that:

Councillor Mark Harrison said 'it's a shame that planning rules mean that an unelected quango can overrule the decision taken by councillors. Local people felt this building was too tall and too dense.'

Vote for your preferred project 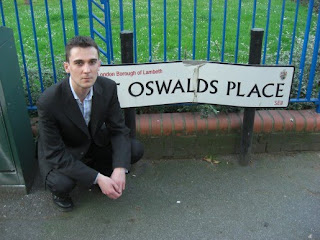 Lambeth Council is inviting residents to decide how the council spends some of its budget in 2010/11.

As part of the Lambeth Community Action Fund, £250,000 has been allocated to local projects and the local community will choose which ones get the money.

This is the first ever participatory budgeting scheme run by the council. The scheme is called "Your borough, your budget, your choice!".

Participatory budgeting involves local people directly in making decisions on the spending priorities of the council.

"This new initiative will give citizens a greater say on how council funds are allocated to community projects," said Councillor Jim Dickson, Lambeth cabinet member for finance and resources.

"I urge all residents to get involved in deciding which projects are funded - your choice will really make a difference."

The council has shortlisted twelve projects, which have been divided into three bands of £125,000, £75,000 and £50,000. People can vote for one project from each of the three bands. The winning projects will be announced at the end of October 2009.

Only Lambeth residents on the electoral register are eligible to vote. Voting takes place between 14 September 2009 and 18 October 2009.

There are several ways to make your choice, including online at www.lambeth.gov.uk/yourchoice, by post using the voting card that you'll find inside the current issue of Lambeth Life or by text to 07786 206 955.

To text vote enter 'Lambeth' followed by the band number and letter of the project you are voting for and then your full name and postcode. For example text: Lambeth 1a, 2d, 3b Sarah Smith SW6 6HT.

One of the projects in Band C (£50 000) is to replace street signs in Vauxhall and Kennington. The project will involve improvements to street nameplates, street signage and road markings within Vauxhall and Kennington. Where possible, street nameplates will be relocated to locations where they are less likely to be vandalised. Where this is not possible, reinforced anti-vandal coated signage will be installed.

Councillor Mark Harrison said 'I hope as many people in Vauxhall and Kennington will help improve our environment by voting for this project. Vandalised street signs ruin the look of our area.'

Pictured: Mark next to a vandalised street sign in Vauxhall Gardens.
at 21:30 No comments: 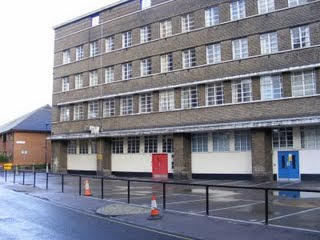 Developers are holding a second consultation event about their plans for the former headquarters of the London Fire Brigade at 8 Albert Embankment. The site is in three parts - the landmark building on the riverside, a large site between Whitgift Street and Southbank House (pictured), and a small carpark site at the corner of Black Prince Road and Newport Street.
Developers are proposing a mixed use development providing a new fire station, homes, retail and commercial space.
They are holding an exhibition at the Fire Station at the following times:
Thursday 17 September, 4pm - 8pm
Friday 18 September, 3pm - 6pm
Saturday 19 September, 10am - 1pm
You can also share your thoughts or request more information by contacting Azizun Choudhury on:
0870 066 8734
azizun.choudhury@fourcommunications.com
8 Albert Embankment SE1 Consultation, FREEPOST RLSX-KHXT-BGSR, Four Comunications, 48 Leicester Square, WC2H 7FG
at 21:25 No comments: 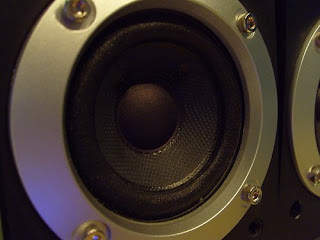 Here are some contacts for various situations:

When a serious crime is being committed always call 999.

To report a non-urgent crime, however minor, call the police's new London-wide number: 0300 123 1212. They will try to deal with the problem as soon as they can. You can also call the Prince's ward Safer Neighbourhoods Team directly on their mobile: 07920 233835 (though they don't run a 24 hour service).