Lambeth Labour back free travel for the elderly 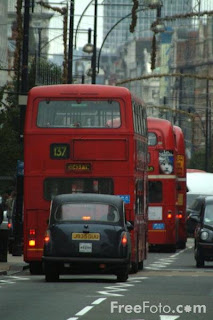 Lambeth has secured a deal to allow older residents free travel on most buses, tubes and trains 24 hours a day – a deal guaranteed until 2015. The extension to the council-funded Freedom pass scheme was agreed as part of a five year deal negotiated between London’s councils and Transport for London.
Each year Lambeth pays Transport for London and rail operators in the capital to allow older and disabled residents to use their services free of charge. For 2009/10 Lambeth will pay £5,877,576 to give 32,196 elderly and disabled residents free travel.
At a meeting of London Councils Transport and Environment Committee Lambeth along with their fellow Labour boroughs, voted to extend the free travel scheme for elderly people.
Cllr Sally Prentice, Cabinet Member for the Environment said: "Although the Mayor of London is keen to claim credit for this scheme, the Freedom Pass is almost entirely funded by London councils like ours and by extra grants from the Labour government and we are pleased to be part of a scheme that continues to benefit thousands of elderly and disabled residents in the borough.”
at 22:38 No comments: 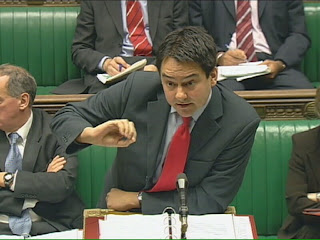 Stockwell Labour party have planned a fundraising dinner, taking place in Vauxhall on Tuesday 7 April 2009, 7.30pm for 8pm start.
Casa Madeira, 46b Albert Embankment, London, SE1 7TL
Nearest station: Vauxhall
£30 including 3 course dinner and welcome drinks.
All proceeds to The Labour Party.
Stockwell Labour Party, in partnership with the Portuguese community are holding a fundraising dinner on 7 April. The dinner should be a great chance to get to know some of your neighbours and enjoy some tasty Portuguese food.
Stephen Twigg and Val Shawcross, the Labour Assembly Member for Lambeth & Southwark will be the guest speakers. There will be a raffle with rare political memorabilia to win, so it promises to be an entertaining evening. Stephen Twigg is the former MP for Enfield Southgate, who famously beat Michael Portillo in th 1997 General Election. He was an Education Minister until 2005, when he became Director of the Foreign Policy Centre think tank. He is currently the Parliamentary Candidate for Liverpool West Derby.
To book tickets contact Emma Francis via francisemma@hotmail.com
at 22:23 1 comment: 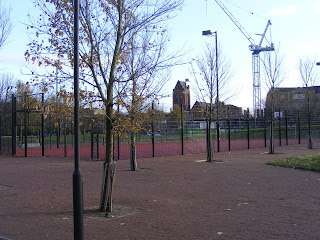 The Friends of Vauxhall Spring Gardens are holding their annual general meeting on Monday 2 March.

The Friends' Group is made up of people living around the park, and those who use it for work, sport and leisure. The park is in the middle of an exiciting redevelopment project, which needs the input of local people to be successful.

The AGM is a chance to find out about developments, and to participate in the Friends' Group.

This week's Labour activity in SE11 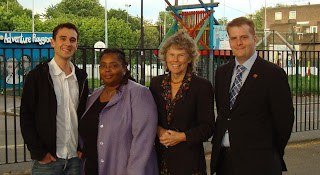 On Tuesday evening Councillor Steve Morgan held a well-attended surgery at the Vauxhall Five Tenants' Hall. Residents of the five blocks met Steve to speak about issues they are facing with Lambeth Council. More people signed the petition asking the Council to bring forward badly-needed work to windows and concrete balconies.
On Wednesday morning Kate Hoey MP and Mark Harrison visited Denby Court sheltered housing for a coffee morning. Residents asked Kate to find out whether major works were planned for the buildings, which have had little work done to them since they were built in the early 1980s.
On Saturday the Kennington Association held their bazaar at St Anselm's Hall. The hall will also play host to a special fish and chip dinner on Monday 23rd, where Kate Hoey will welcome Frank Field MP as a guest of honour.
at 17:14 No comments: 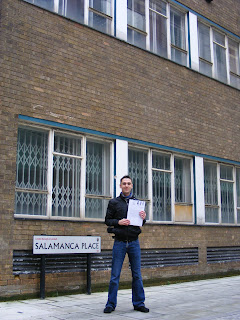 On Wednesday Lambeth Council's planning committee rejected an application from developers to build a 23 storey tower on the site of 81 Black Prince Road.
One of the main reasons for the rejection was the effect the building would have on light levels for neighbouring buildings, particularly Blocks B and C at the back of 9 Albert Embankment. Councillors were also concerned that the building was too high and would create a sense of enclosure in the area.
Labour campaigners delivered a letter from Councillor Steve Morgan informing residents of the news. Steve said 'I'm pleased that residents' objections have been heard by the Planning Committee, and that a building that was clearly too high and too dense for the site will not be built. I'm looking forward to working with residents, the Council, and any future developers to ensure that the site is redeveloped in a way that we can all be satisfied with.'
Pictured: Action Team Member Mark Harrison with the letter delivered to local residents.
at 15:13 3 comments:

On Monday local Labour campaigner Mark Harrison invited Val Shawcross to Kennington Lane to show her the junction with Durham Street, which he believes desperately needs a pedestrian crossing.
At the junction traffic from both directions on Kennington Lane turns into Durham Street, as part of the Vauxhall gyratory system. Yet despite the heavy volume and high speed of the traffic there is no crossing to help pedestrians, who must risk their lives or avoid the junction altogether.
Val represents Lambeth on the Greater London Assembly, and is Chair of the Assembly's Transport Committee, responsible for scrutinising Transport for London. She immediately contacted TfL, who claim that there aren't enough accidents at the junction to warrant a crossing. Mark responded: 'many people avoid attempting to cross at this junction, as it is too difficult, and clearly dangerous. TfL must take the convenience and the safety of pedestrians into account, and do something to improve this junction.' After seeing the situation for herself, Val agreed to support Mark's campaign.
at 23:19 No comments: 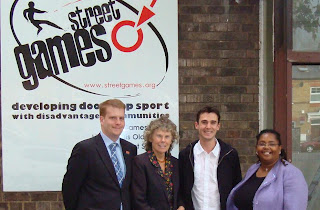 Residents around the old Lilian Baylis School in Lollard Street should be receiving a newsletter this week about future plans for the site.

Lambeth Council, Kate Hoey MP, and Labour's Action Team are supporting plans by the Sports Action Zone, All Nations Church, and Ethelred Nursery, to create a community hub on the site.

You can read the newsletter here. 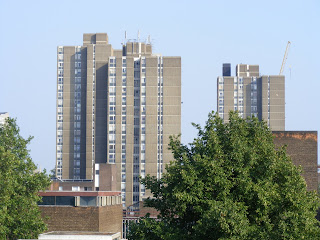 The major refurbishment of the three Ethelred Towers will begin this month.
The Council's contractors, Bryer Group, will set up scaffolding around Brittany Point this week. Work should begin on 23 February.
The Tower will be re-clad around April, and internal works to bathrooms and kitchens should be finished by February 2010.
Work to Elkington Point and Ward Point will begin later in the year.
at 21:37 No comments:

Transport for London are making plans for a public bicycle hire scheme, like the ones operating in Paris and Barcelona. It would enable people to hire bikes conveniently located at docking stations all over the centre of town.
For the scheme to operate 26 docking sites will need to be set up in North Lambeth. 46 potential sites have been identified, and residents will be consulted over the next two weeks.
Consultation events will be held at:
Tues 24th Feb –Lillian Baylis College (323 Kennington Lane Kennington London SE11 5QY) 5-7:30pm
Wed 25th Feb- Johanna Primary School (Johanna Street, Lower Marsh, London SE1 7RH) 5-7:30pm
The sites proposed in Prince's ward are: 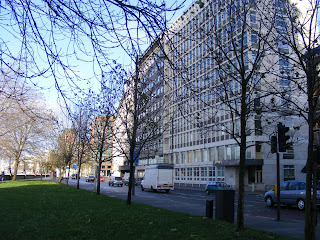 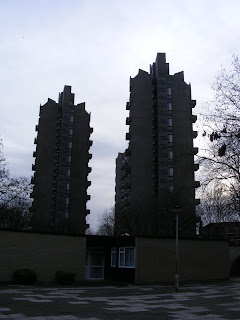 While tenants have been digesting the news that Lambeth Council's rents will have to rise this April, Lambeth Lib Dems have again demonstrated that they haven't dropped their irresponsible approach to the housing finances.
Labour has exposed the secret Lib Dem plans to savage Lambeth's housing service with £9 million of cuts. Their refusal to increase funding for the service means that, to balance the budget as the law demands, they would have to impose cuts on a scale never before seen in Lambeth.
The Lib Dem axe would sweep through housing, removing staff and frontline services and leaving it facing meltdown. The last time Lib Dems were running Lambeth's housing service they were so incompetent they managed to cut services while making them cost more at the same time in a botched restructuring plan called 'Reframing'. This time, they plan to make the same mistakes only on a far bigger scale.
When they were finally voted out of office in 2006, the Lib Dems left behind a toxic cocktail of £7.78m overspends and no financial reserves in the bank. The council has already been forced to raise rents to clear up the Lib Dem mess.
Labour's Steve Reed commented: 'By opposing the rise in rents, the Lib Dems would have to introduce savage cuts to frontline services. The Lib Dems want to cover up the truth about their plans, but today Labour can expose exactly where the Lib Dem axe will fall.'
Here's the nightmare that £9m Lib Dem cuts would mean:
• Half of all housing staff sacked
• Area offices closed down
• Rent collection staff reduced and rents left uncollected
• Pest control service scrapped
• Safety patrols slashed
• Call centre waiting times increased
• No window cleaning
• All concierges removed
• CCTV switched off
• External repairs and redecorations left undone
• Household repairs scrapped
• One in every three homes left without central heating or watertight doors, windows or roofs
Pictured: estates like Cotton Gardens would lose their concierge if the Lib Dems were allowed to set the housing budget
at 23:57 No comments: 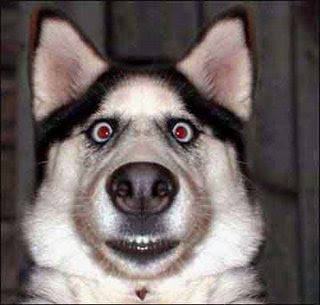 Lambeth Living, working in conjunction with the RSPCA London South East Branch has arranged a Free Microchipping Day
(CATS AND DOGS ONLY) 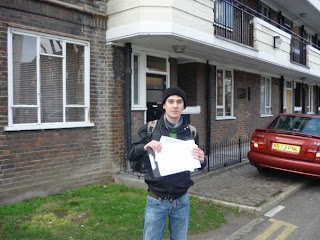 Labour Action Team members braved freezing conditions on Sunday to collect Vauxhall Five residents' signatures for a petition to Lambeth Council demanding speedier installation of new windows.
The petition came in response to Monday's meeting for residents, where officers explained that a major works contract for the five blocks has been programmed to start in January 2010.
The petition asks that Lambeth Living move the works forward, as windows and balconies on the estate are in a terrible state of repair, and people are struggling to heat their homes during the winter.
Pictured: Action Team Member Mark Harrison shows the signatures collected outside Grover House.
at 22:57 No comments: