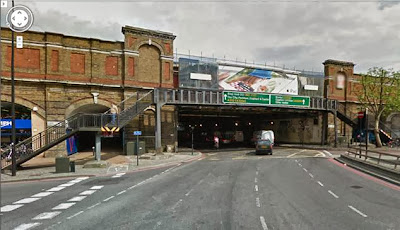 Transport for London are applying for a temporary footbridge closure notice in order to build the Cycle Superhighway Route 5 Inner Section.

As part of Cycle Superhighway Route 5 Inner Section TfL are considering the permanent removal of this footbridge, therefore this closure will be accompanied by a monitoring study to asses the impacts of closure and alternative routing of pedestrians in the area.

At present exact dates are still to be confirmed, however the bridge will be closed for approximately 10 days during the period 1 October 2013 – 31 March 2014.

If you have views about the temporary or permanent closure please let us know. 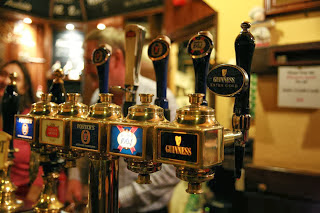 The licensed trade and the night time economy plays a large part in Lambeth in bringing jobs, economic growth and visitors to the borough. Lambeth has one of the highest numbers of licensed premises in the country.

However the sale of alcohol also has negative impacts and our levels of serious violence, noise, public nuisance and sexual assault are unacceptably high. The costs associated with some nighttime town centres fall on the taxpayer which cannot be right.

Lambeth new proposed policy attempts to rebalance the borough and moves us away from a permissive regime to one where a higher level of expectation is placed on businesses and those wishing to sell alcohol, as well as a more overt desire to shape our town centres and business districts.

Some of the key changes are as follows:

- the council and partners now have more powers to reject or review a licence application or existing licence. This will mean that the bits of the council who deal with noise, nuisance or criminality will find it easier to challenge poor practice.

- WHERE a licence operates makes a huge difference
In the new policy Lambeth has been more explicit about the opening hours and types of licence which can operate in town centres, shopping parades and residential streets. Some types of venue simply aren't suitable for some places and this guidance will help applicants and residents make a judgement about what is appropriate.

- WHO runs a licensed premises has a huge impact
A poorly run pub can cause more problems than a well run nightclub, and the new policy is very clear that responsible business is what we want in Lambeth. If there is a lack of confidence in someone's ability to understand the neighbourhood in which they wish to operate, or the rules of the game, then a tougher line will be taken when considering an application or a review.

- PEOPLE'S SAFETY and WELLBEING is of paramount concern to us
Alcohol enjoyed sensibly is something we welcome but it is a powerful drug which can put people at risk of harm or as a victim of crime. Lambeth will work with licence holders and individuals to ensure that we share responsibility to create a safe environment to have a drink.

- WOMEN'S SAFETY is a serious issue for Lambeth
We have one of the highest rates of sexual assault linked to the night time economy. Lambeth has adopted recommendations from the Every Woman Safe campaign which we will expect to be implemented, things such as having staff trained in dealing with sexual assault or harassment, the use of licensed mini cabs and a safe place for women to sober up before leaving a venue if they are incapable.

- The PROTECTION OF CHILDREN is a key licensing objective
If alcohol is sold to those underage Lambeth will now be operating a ONE STRIKE POLICY. If caught a licensee will be brought in to committee for a review of their licence which may be revoked. The licensee will need to satisfy councillors that they are operating safely and not putting children at risk if they are to keep their licence. Lambeth previously operated a three strike policy.

- THE POLLUTER MUST PAY for the effects of alcohol sales
It cannot be right that businesses who make healthy profits don't pick up the tab for costs that are incurred whether that be extra street cleaning, police or council enforcement presence or the operating of the regime itself. Where businesses get together to solve these problems we will bear the costs in mind but where people attempt only to make a quick buck they will be levied over a town centre or parade area.

More details about the policy, and a survey for you to give your views are on Lambeth's website.  Let the Council know what you think. 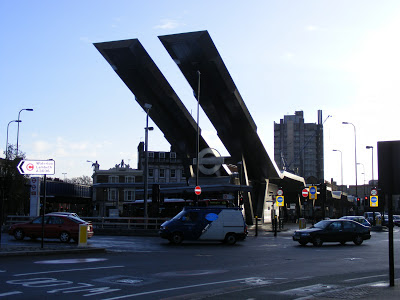 Transport for London have let us know about their plans for major station upgrade works at Vauxhall station.

The upgrade of Vauxhall Tube station will provide both an increase in capacity and make the station step-free.  This upgrade will also support wider growth and regeneration of the area.  The station will remain open throughout the works, though there might be some changes to the customer routes into and through the station.

The works will begin in early 2014 and is expected to be completed by late 2015.  It is planned that the work site outside the station will be established at the end of this year.

As part of the upgrade, the ticket hall will be reconfigured in order to provide additional ticket gates. The current staggered gateline will also be straightened helping customers make their way through the station more easily.  The new gates will include wide-aisle gates allowing disabled passengers and those with buggies or heavy luggage to travel more easily as well as reducing congestion within the station.

The subways and stairways that link the station will be completely refurbished and a lift will be installed between the ticket hall and platforms.  This, combined with the existing lift from the bus station to the Tube ticket hall, will deliver step-free access from street level to Victoria line trains.

During these works, there may be some noise generated by deliveries and heavy machinery. TfL say they will do their absolute best to minimise any disruption and noise, particularly when works take place at night.

All work will be governed by an environmental plan which will be approved by the local authority (London Borough of Lambeth) in accordance with current Section 61 regulations, which impose a limit on noise.

Construction will take place behind hoardings which will keep the works and waste separate from the public areas of the station. Materials will be disposed of in accordance with the waste management plan which will comply with current legislation and be approved by London Borough of Lambeth. All public areas will be maintained in a clean state prior to, during and on completion of each day’s activities.
at 09:12 No comments: