About your Labour Action Team 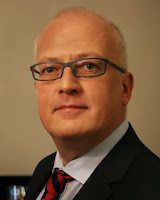 David is a Londoner and has lived, and loved living, in Prince’s Ward for 12 years. He has spent 20 years working in the NHS running hospitals and at the Department of Health responsible for increasing the numbers of staff providing healthcare services. He has been a long term community school governor, dedicated to improving comprehensive education standards and to giving opportunities for all pupils.   Recently David has met many local residents with Joanne and Chris, listened to their views and concerns, and worked with local councillors to sort out their problems. David's priorities are to get more affordable housing in the Ward, make sure we have a safe place in which to live, and to do whatever we can to get all our residents jobs.' 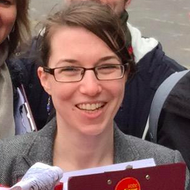 Councillor Vaila McClure
VMcClure@lambeth.gov.uk
07867 352 236
@vailamcclure
Vaila was elected in 2015 in a byelection (which was caused by Councillor Chris Marsh having to step down due to ill health). Vaila was born in St Thomas' Hospital and has lived in Lambeth all of her life. She was a teacher and now works for a charity. 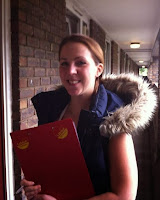 Joanne has lived in the area for over four years. She has nearly seven years’ experience working as a Caseworker for Labour MPs and taking up the concerns of local people, including housing issues, school admissions, community safety concerns and planning matters. Joanne is passionate about  giving local people a say and is working to support residents’ associations and community groups to improve the area. Joanne’s main interests are housing and transport. She is committed to fighting for a fair deal from developers and ensuring the area gets the affordable housing it needs. Joanne is also a keen cyclist and pledges to work together with Council officers, TfL and the London Mayor to not only improve cycling routes, but to tackle problem spots such as the Vauxhall Gyratory to ensure that transport improvements are secured for pedestrians, bus users and motorists alike. She also pledges to look at where more pedestrian crossings are needed, work with residents on parking concerns, and to tackle potholes which are a hazard to all.


Councillors can help with problems you have encountered with Lambeth Council - such as social services, education, housing, libraries, planning applications and development, leisure, recreation and the arts, environmental health, highways, waste collection, and revenue collection.
Your councillors are also keen to hear about campaigning issues in your area, and may be able to help with you with more general matters.


Your MP for Vauxhall:

Kate is Labour MP for Vauxhall, and represents Prince's residents at Westminster. You can contact her about any issue, particularly those of national importance. Kate can help you directly with immigration and asylum cases, problems with tax credits, and any other matter relating to central government.

You can write to Kate at: House of Commons, London, SW1A 0AA

Your London Assembly Member for Lambeth and Southwark:
Florence Eshalomi AM

Florence is Lambeth & Southwark's representative on the London Assembly - the body which scrutinises the Mayor of London. If you have problems with Transport for London, the Metropolitan Police, the Fire Service, or any London-wide issue she will be the best person to speak to.

You can write to Florence at: City Hall, The Queen's Walk, London, SE1 2AA 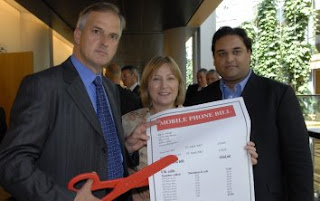 Members of the European Parliament are elected to represent London as whole. There are two Labour MEPs representing London. Follow the link above to find out more about them. The photo shows your London Labour MEPs Mary Honeyball and Claude Moraes, celebrating cuts in mobile phone roaming charges (from Mary Honeyball MEP's website).

Visit the Lambeth Labour party website (the Labour party in the London Borough of Lambeth, with a particular focus on what Labour councillors are doing across Lambeth)

Read about Labour's achievements in Lambeth since 2006