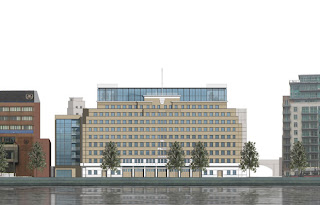 Developers have announced an exhibition of their revised proposals to redevelop 8 Albert Embankment, the site to the rear on Whitgift Street, and the site at the corner of Black Prince Road and Newport Street. All used to be part of the London Fire Brigade headquarters.

The new proposals are significantly revised:
-the proportion of affordable housing rises from 10% to 29%
-there is an increase in commercial floor space
-there are big changes to the heights of the new buildings, to better preserve the views of listed buildings

The exhibition will take place on:
-Friday 11 February between 2pm and 6pm
-Saturday 12 February between 10:30am and 1:30pm
at: Lambeth Fire Station, 8 Albert Embankment, SE1 7SP
You can view the planning application and comment on it on Lambeth's Planning Database
at 23:30