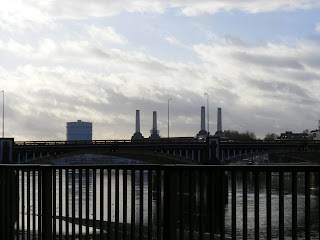 Lambeth Council are seeking the views of the local community on future developments within the Vauxhall Nine Elms and Battersea Opportunity Area, and are inviting representatives of local organisations to an initial community engagement meeting.

The meeting is taking place on Wednesday 12 January 2011 from 6.30pm until 8.30pm. If you a representative of a community group who would like to attend please get in touch with your councillors.

The purpose of this meeting is to decide how the voice of Lambeth's communities affected by proposed developments in the Vauxhall, Nine Elms, Battersea development area can be heard, and how local community in put into future development and change can be most effectively made.

The Vauxhall Nine Elms and Battersea Opportunity Area stetches from Lambeth Bridge to Battersea Power Station, and has been earmarked by London's Mayor for major redevelopment - including 16000 new homes and 25000 new jobs. Major investment in infrastructure will be required to make the plan a reality. A Strategy Board for the project has recently been set up, consisting of the Greater London Authority, Transport for London, Lambeth Council, Wandsworth Council, and major Nine Elms landowners.
at 17:00