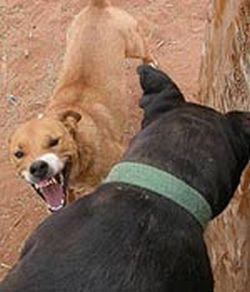 Officers seized 20 dogs, including a bitch and her six puppies, under the Dangerous Dogs Act. No arrests were made.

"The operational activity by Lambeth Police is in response to huge community concerns relating to a minority of people, some of whom may be linked to gangs, who completely and utterly misuse potentially dangerous dogs in order to promote fear and intimidate others. We are fully committed to seizing dogs from such people and will be working with our partners in the Local Authority and RSPCA to promote responsible dog ownership."

"The aim of the day was not only to seize dangerous dogs but target irresponsible dog owners and also to reassure the local community and show them that we are serious about making Lambeth a safer place."

The move follows the establishment of a specialist unit within the Met to tackle the problem. It followed representations from Labour London Assembly Member Val Shawcross, who was alerted to the serious problem in Kennington and Vauxhall at a meeting of the KOV Forum.
at 23:42