Sale of the Beaufoy Institute 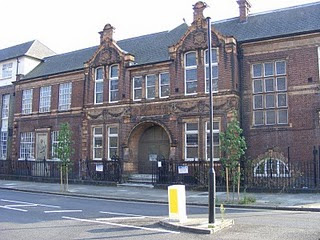 The bidding process for the sale of the Beaufoy Institute and surrounding land has now closed.

“Lambeth Council has marketed the Beaufoy site which has generated considerable interest and 10 formal bids. The marketing process has now closed, and the council is carrying out due diligence on the highest bid.

The outcome should be good news for everyone – local residents should see the Beaufoy building brought back into community use, while the sale of the whole site will raise funds for the Beaufoy Trust to help disadvantaged young people in Lambeth, and also vital funds for the council to invest in local schools, roads and housing at a time of such major cuts in Lambeth’s government funding.”

· The receipts raised from the buildings sale would be spilt between the council, to invest in services for local residents, and the Beaufoy Trust, a charity which seeks to support disadvantaged young people through education and training.

· The building is listed so could not be torn down. Instead it will be redeveloped, bringing back into use a building that is a local landmark and of historical significance.

· The building has been empty for around a decade.

· The decision to dispose of the building was made by cabinet in February 2011. The council’s disposal programme aims to raise £100 million over four years to invest in vital services, such as schools, roads and housing, at a time when the council’s budget has been slashed by cuts in capital grants from central government of 60%.

· There is no covenant in place that says the building must be used for educational use, but the building’s sale will raise vital funds that will help the Beaufoy Trust continue its work of helping young, disadvantaged residents.

Excellent news. I'm delighted that this building will be brought back in to use and make Lambeth some money too.