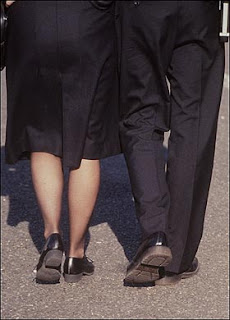 Yesterday the Prince's Safer Neighbourhoods Panel met.
News included:
- A suspected prolific drug dealer in the area has been evicted after a police investigation assisted by the community
-There has been a major spike in burglaries in Prince's ward but this was down to one individual operating in one block of flats who has now been arrested
-There has been an increase in theft from motor vehicles
-The operators of the CCTV cameras on the Ethelred Estate have received a commendation from the Borough Commander for their work in assisting the police
-There have fewer incidents related to status dogs and dangerous dogs than this time last year
-PC Steve Lockyer has been promoted and is moving on from Prince's ward. PC Colin Buchan will also be moving on fairly soon. We will have two replacement PCs.
-Our ward priorities are now drugs, rough sleepers and antisocial street drinkers, theft from motor vehicles, and youth engagement.
Find out more about our Safer Neighbourhood Team here
at 17:14