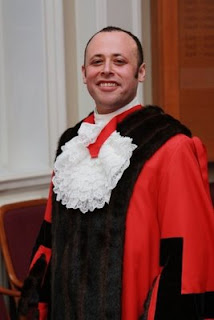 Lambeth has elected a new civic Mayor for 2009/10, Cllr Christopher Wellbelove, Labour councillor for Clapham Town ward.
Mayoral duties include representing the borough at official functions, meeting and greeting dignitaries and helping to raise cash for local charities.
The new Mayor plans to use websites like Twitter and Facebook to let people know what he is doing, and hopes that by embracing technology he will be able to give more people an insight into the role.
Councillor Wellbelove said: "I have thoroughly enjoyed being deputy mayor, which has been excellent grounding to prepare me for becoming Mayor. However I am really looking forward to taking the full role. By using some of the free services available on the internet I hope to extend the reach of the Mayoral role to people who otherwise would not come into contact with the mayor or know about the work that the mayor does in the borough. I hope that this will demonstrate that this very traditional role can be modernised whilst retaining some of the traditional aspects which many people value."
The move to embrace modern communication packages has seen a new website created especially for the mayor: http://www.mayoroflambeth.com/ and you can also follow the Mayor through Twitter at www.twitter.com/mayoroflambeth
at 16:25