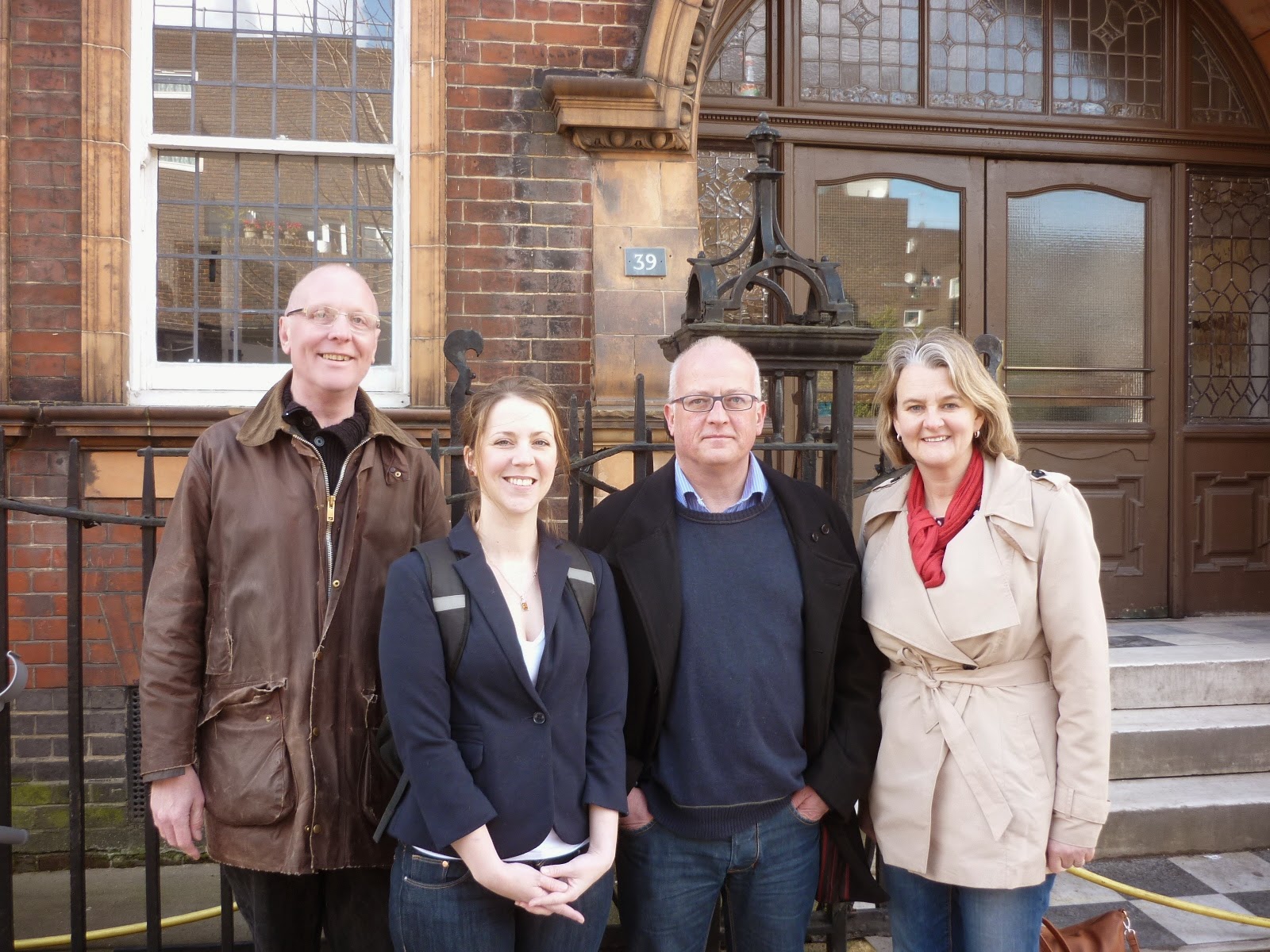 Earlier this month the Beaufoy Institute reopened its doors after years of lying empty and neglected. It's now the home of the Diamond Way Buddhist Centre, after Lambeth Council took the decision to sell the site and use the proceeds to invest in our community's priorities. Lambeth's Cabinet Member for Finance Councillor Paul McGlone made the following speech at the event:

There is a saying attributed to Mark Twain that “History Does Not Repeat Itself, but It Rhymes”.

That is the sentiment I feel most today standing in this beautiful building that has many ‘ribbons of history’ that rhyme with Lambeth’s past, present and now its future around education, learning and arts.

The lovely red-brick facade of the Beaufoy Institute has looked over Black Prince Road in Lambeth for more than a century, and has always stopped people in their tracks with its beautiful architecture and artistry.

I am personally fascinated with the connection of this building and the progressive Doulton family and the history of Lambeth Doulton ceramics and pottery.

My understanding is that this building was built using a patented Doulton Tile system, and a Doulton was one of the original school governors of the institute.

The many wonderful connections with Lambeth’s past that connect with this building must be captured for the future, and I hope they are.

I first came to this building in 2007 when I was Cabinet Member for Regeneration and then in 2008 as Cabinet member for Children and Young People.

Having stood empty and neglected for some years, there was a strong proposal to turn it into a museum for a collection of De Mogan ceramics. But that proposition floundered.

This was followed with a very real proposal to turn the building into a school again, an Arts and Crafts Academy, with an educational sponsor and backing from the Prince of Wales Trusts. But that plan also faltered to.

In a different role in 2010, as Cabinet Member for Finance, I made the decision to disposal of the building and the adjacent property and land, with the expectation that the Institute building would have a new lease of life.

Sometimes in local government you have to realise that you have to ‘let go’ to allow better things to happened. And that is what has happened here. What has been achieved has benefited everyone.

Buy disposing of the property, the sale proceeds of approx. £7 million have allowed

1. The Beaufoy Trust, of which all Lambeth councillors have historically been ‘corporate trustees’, to be financially endowed with £1.2m of funds to use for updated philanthropic purposes, as the Beaufoy family originally intended.

2. From the £600,000 Section 106 contributions, local ward councillors (Stephen Morgan, Lorna Campbell and Mark Harrison) were clear they wanted the local community to share in the benefits.

So to support Lambeth's co-operative work to give citizens greater control over their neighbourhoods, decisions have been made to spend more than £200,000 on such things as computers at Durning Library, Lollard Street Adventure Playground, re-landscaping outside Coverley Point and work into the greening of Tyers Street.

3. Importantly, I recommended to the Cabinet in July 2012 that the balance of funds of £5.6m be ‘ring fenced’ and have now been invested directly in building Lambeth schools, thus benefitting future generations of young people.

4. And now finally, by you acquiring it and conversion into the London Diamond Way Buddhist Centre, the Beaufoy Institute building has a new lease of life.

This wasn't without its difficulties! Some have said that the planning application was the second most controversial one of recent times!

But the positive outcomes of Lambeth Council's decision to grant planning permission to Diamond Way Buddhist Centre to purchase the Beaufoy Institute are now self-evident.

I also know that Diamond Way Centre will work with the local community to ensure there is a community resource for all to share.

Equally, I know my colleague Councillor Lorna Campbell is pleased and has worked to ensure that the Buddhist Centre is part of the ‘Faiths Together in Lambeth’.

This is our borough-wide independent interfaith organisation that fosters constructive relationships among religious communities, and promotes interfaith involvement in civic life in Lambeth. This relationship is really welcome.

So in concluding, all I can say personally is that I wish this centre all the best for the future, and hope it will always be a place of peace, contemplation and learning.

Pictured: Prince's Labour candidates Chris Marsh, Joanne Simpson and David Amos with Leader of the Council Lib Peck outside the Beaufoy Institute
at 12:30