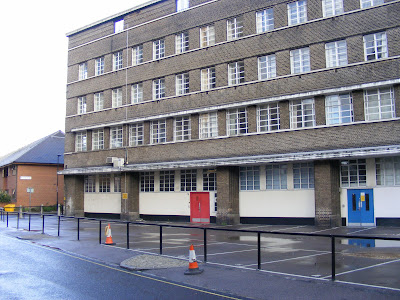 On 31 July it was announced that developer Native Land and the London Fire Brigade are going to appeal Lambeth Council's decision to reject their plan to redevelop three sites around Albert Embankment and Whitgift Street.

Residents of Whitfgift House have been fiercely opposed to the scheme, which will deprive most of their homes of sunlight for much of the year. Local councillors supported residents by making our own objection when the scheme went to the Planning Committee last year.

The appeal means that the Planning Inspectorate will now decide whether the multimillion pound redevelopment goes ahead.

Fire Authority spin doctors messed up the announcement of the appeal by accidently copying Kate Hoey MP into their email discussion about when to reveal the news. They revealed their main motivation by saying 'I am keen the timings are exact on this. £40million is not a sum to be sniffed at and the comms are important to get right to help with the appeal.'

'We will fight the fire authority tooth and nail over this ridiculous scheme. As a publicly accountable body they have totally ignored the wishes of the local community. The developer they are in cahoots with are being greedy and involved only to make huge profits. They will not get away with this.'
at 22:48